“Commencement is the most important academic event for any University,” said Dr. Rick Melson, president of SBU and professor of leadership. “For SBU, we are a Christ-centered, caring academic community preparing students to be servant leaders in a global society. Commencement is the beginning for Bearcats to live out what they have learned through a transformational and holistic education. Our graduates are extraordinary people, working diligently to achieve this significant milestone.” 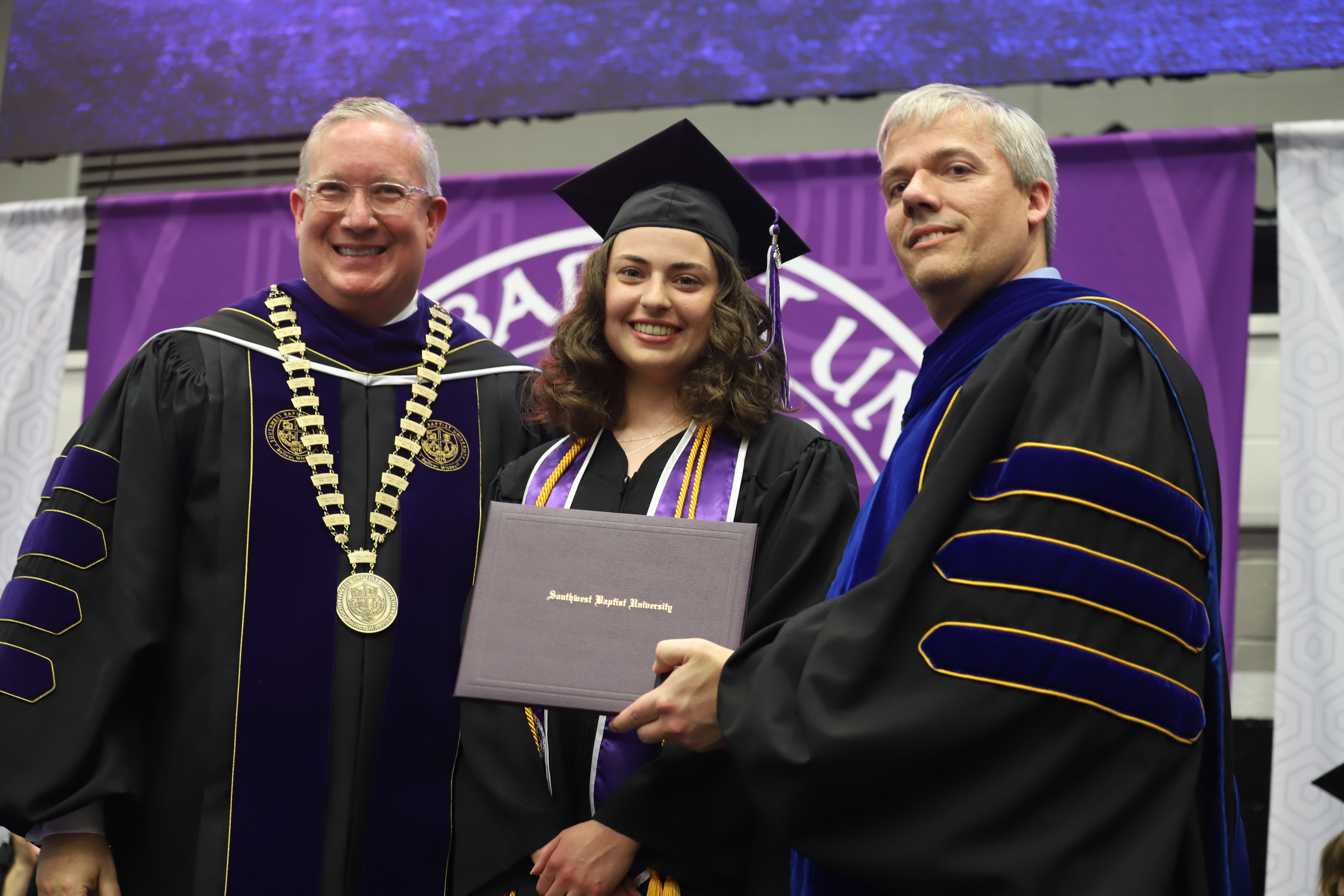 The 2022 recipients of the Life Beautiful Award are Corynn Knight of Bolivar, Mo., and Tyler Eads of Neosho, Mo.

Knight participated in a 10-week internship in the neuroscience department at Johns Hopkins University where she assisted Dr. Alfredo Kirkwood, who specializes in studying brain plastic and memory development. She ran data analysis on the results of the lab and presented the finding at two major symposiums at the end of the summer. She presented at the National Sigma Zeta research conference during the Spring of 2022 and was honored with the Natural Sciences Student Service Award.

“Corynn possesses a Christ-like humility, gentle nature and a quiet confidence,” Dr. Melson read from a nomination letter. “She models a life committed to serving Christ in all aspects of her life, whether it be on mission trips, on the College Ministry Leadership Team at First Baptist Church of Bolivar, or in the biology research lab. Corynn Knight’s Christian character embodies the high standards of the Life Beautiful Award.”

Knight is the daughter of Michael and Shawndee Knight of Bolivar. 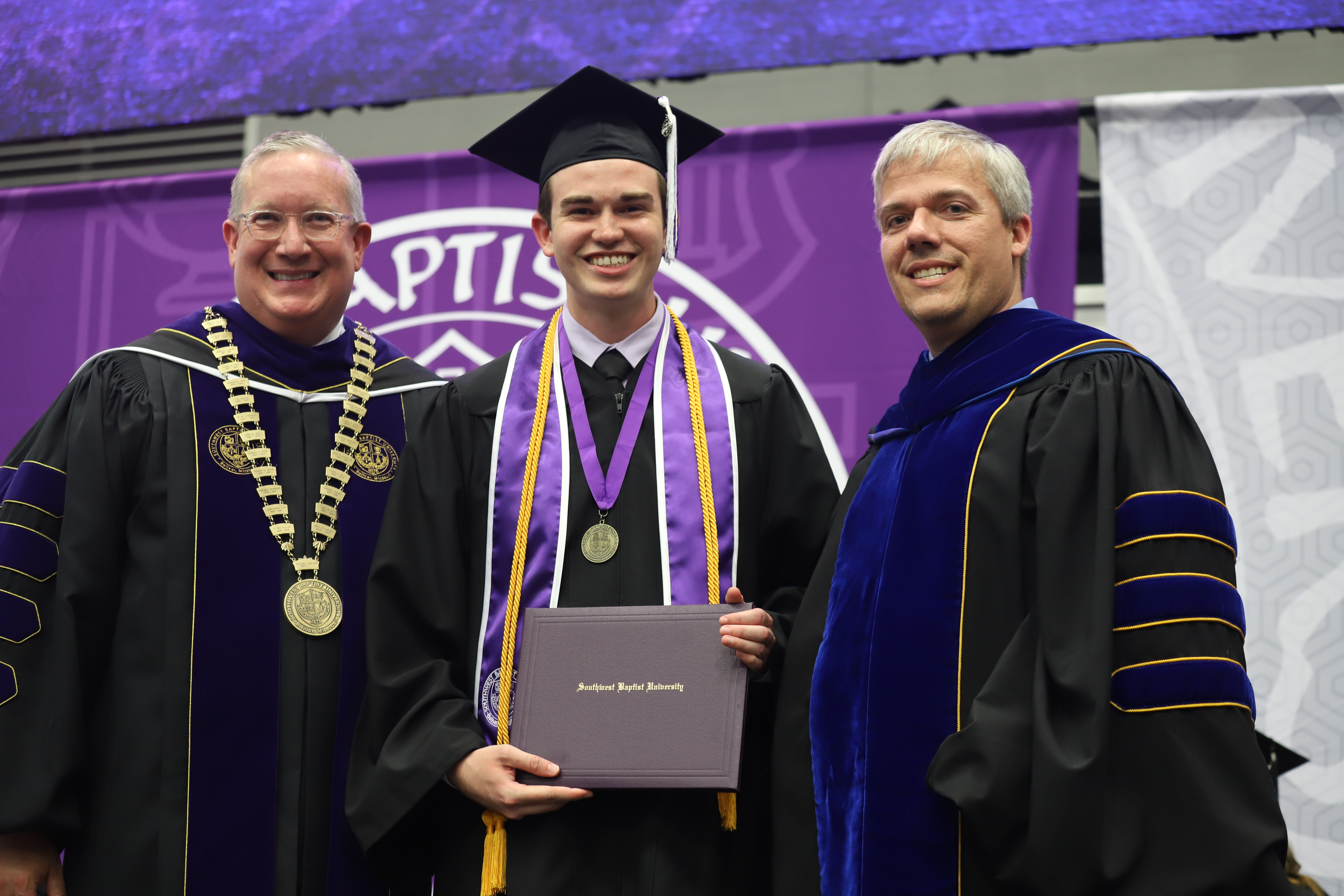 Eads served as a leader of the New York City missions team through SBU’s Center for Global Connections during the winter of 2021-22. He helps organize the weekly speaking and prayer schedule for Locamente, a student-led worship service. In addition, he founded “The Awakening,” a three-day student-led revival on campus and has been a guest speaker in Chapel.

Eads also is involved in Crossway Baptist Church’s college ministry group as part of the hospitality team, where he talks to new students and helps with questions about the church. He also participates as a small-group leader and has served on pastor search and missions committees, as well as with a mission organization in South Asia for eight weeks.

“Tyler is an exemplary student who is actively living out the Great Commission,” Melson said.

The Life Beautiful Award was established in 1937 by Rosalee Mills Appleby, a career missionary to Brazil. This award is given annually to an outstanding man and woman in the Southwest Baptist University spring graduating class. These individuals have demonstrated by their scholarship and character that they are living a “life beautiful.” The faculty selects the recipients, whose identities remain confidential until commencement. 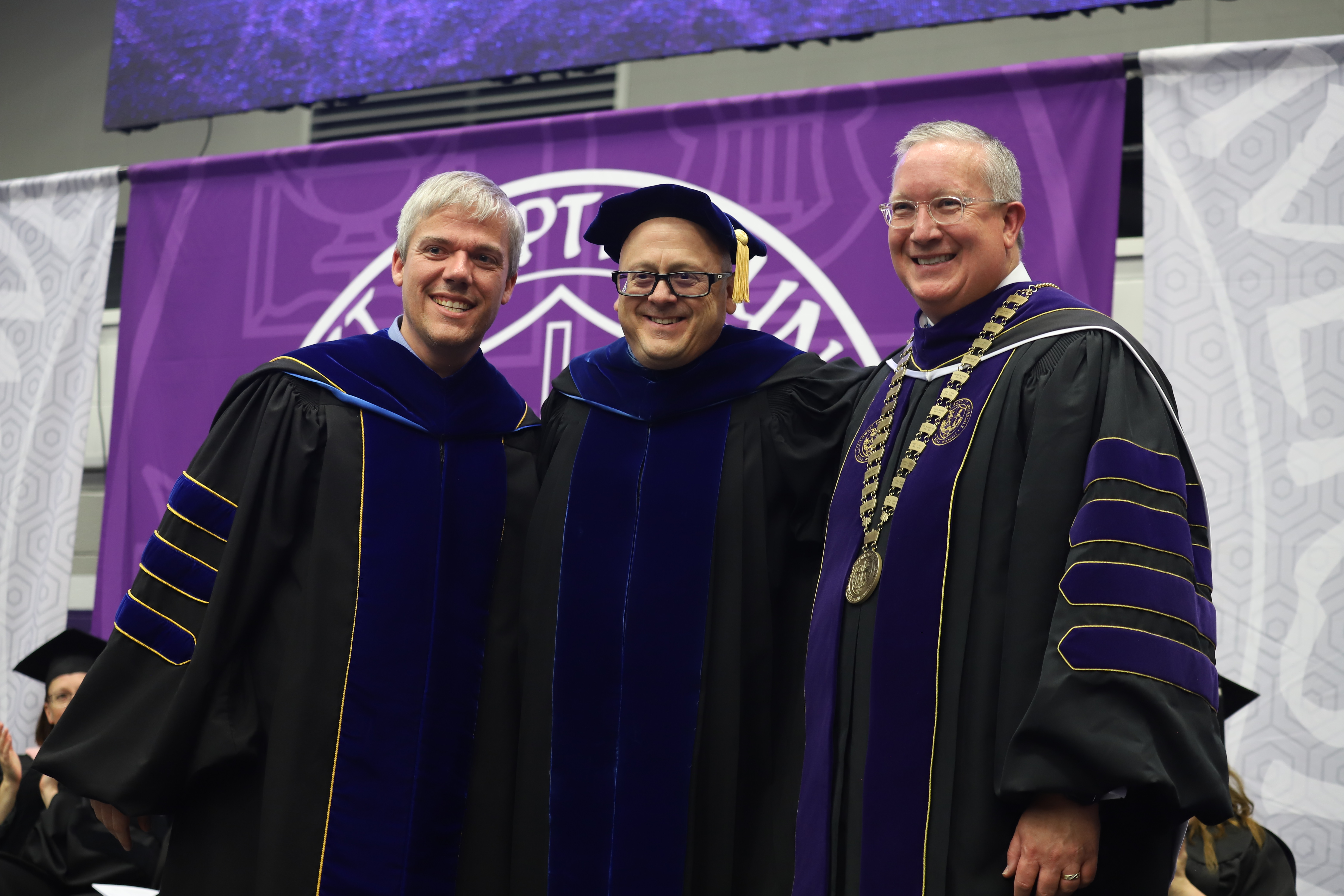 The award is presented annually to a faculty member who has been regarded by the previous three years’ graduating classes to be outstanding in both teaching ability and personal guidance. In 1969, the SBU Board of Trustees designated this award in memory of Hendrex, a former academic dean. 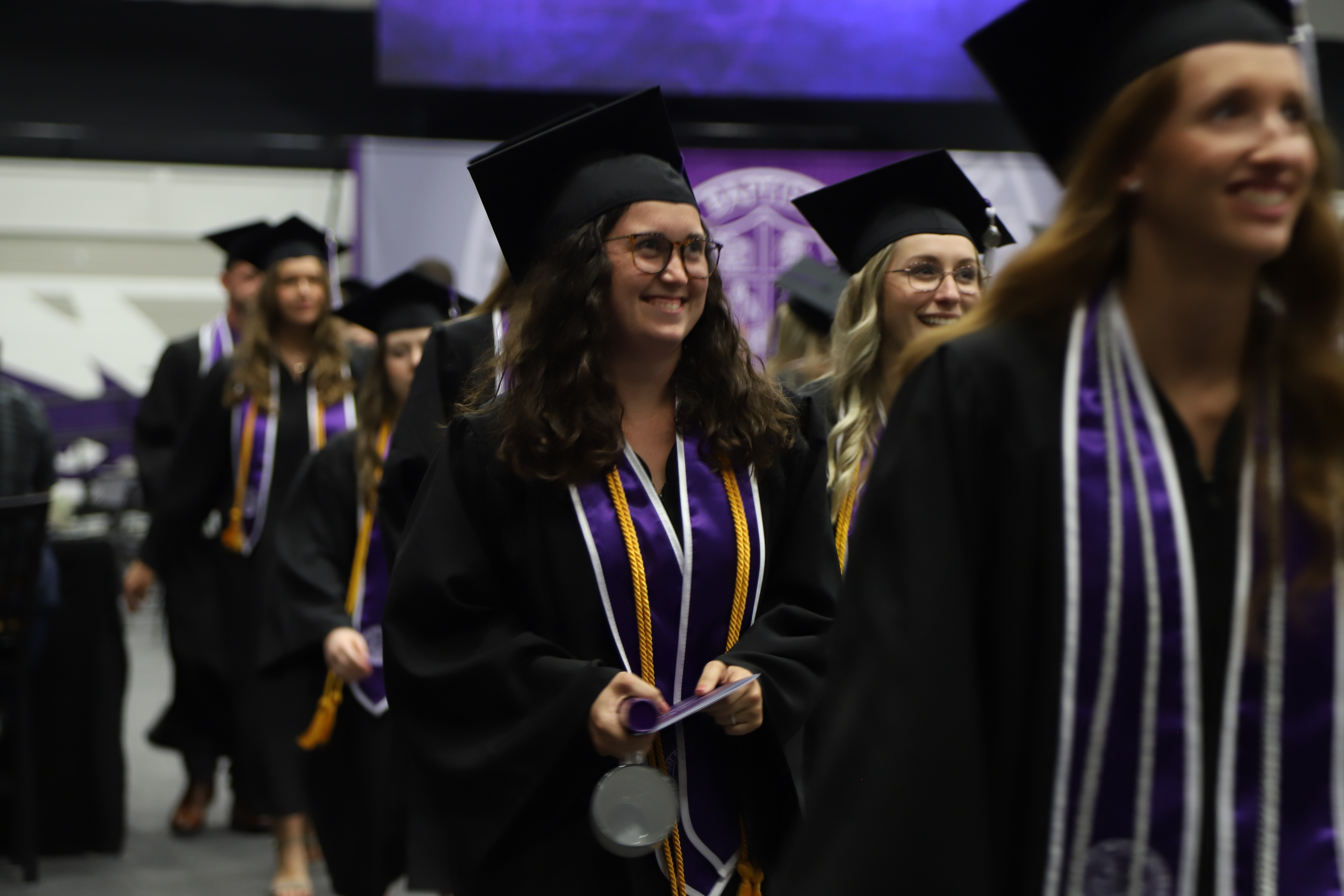 Metzler described his view on commencement as “a piece of dark chocolate: bittersweet.”

“Sweet because we can finally celebrate the work that went into the papers, the projects and assignments,” Metzler said. “However, commencement also has a bitter component to it. For many here, this is the final time that we will see our friends, professors and mentors who have provided so much during our time here. The SBU community occupies a large space in our hearts, and many will struggle to find a new community to fill that void.”

Metzler highlighted the most important lesson he feels SBU teaches – how to live for Christ, regardless of the background each student has experienced. 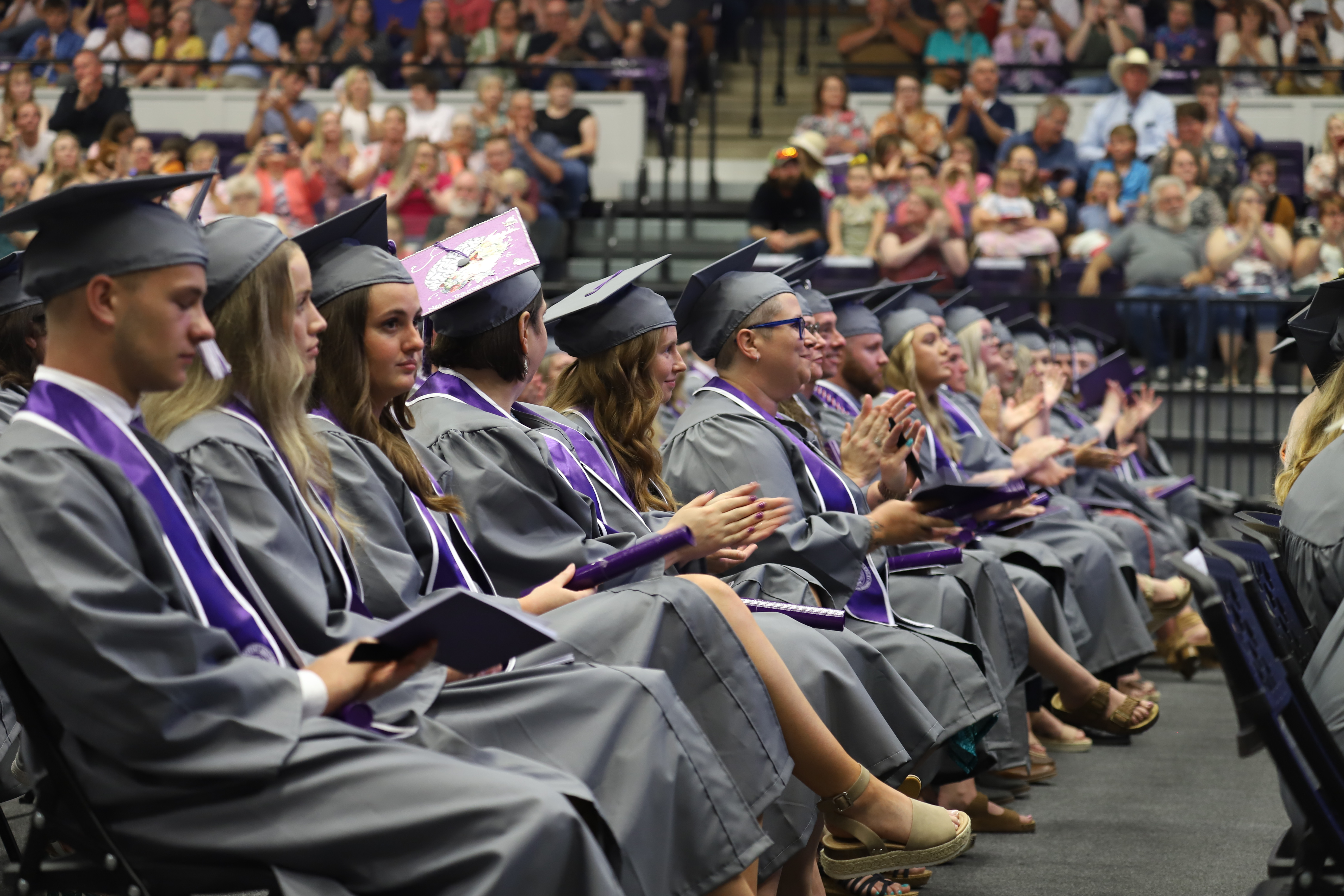 “Whether it be through Chapel services, Bible studies, Locamente or community service projects, if you come to SBU, you will leave with a better understanding of what it means to live for Christ – not just live as a Christian,” Metzler said. “And it is that same SBU community which has never failed to support us students.

“Because of the lessons, experiences and people of this university, each of us are fully prepared to create another community like SBU – a community that puts Christ at the center of all things, a community that cares for its neighbors and a community that is going to encourage others to serve the world for Christ.”

Wade Hopkins ’91, Regional Vice President / Gulf Coast Multi-Area Director for the Fellowship of Christian Athletes and two-time All-American as a wide receiver for SBU Football, delivered the commencement address at all three ceremonies.

Hopkins shared his experience of coming to SBU with the dream of playing college football, and beyond, and becoming the only member of his family to earn a college degree. He encouraged the graduates to not take this moment for granted.

“This is a big deal,” Hopkins said. “You may not think that, but it is. As it has been said, this isn’t the finish line, this is only the starting line. This is where it all started for me. This is where I gave my life and my heart to my Jesus Christ as my Lord and Savior. This is where I grew on and off the field through my coaches’ and my teachers’ influences.” 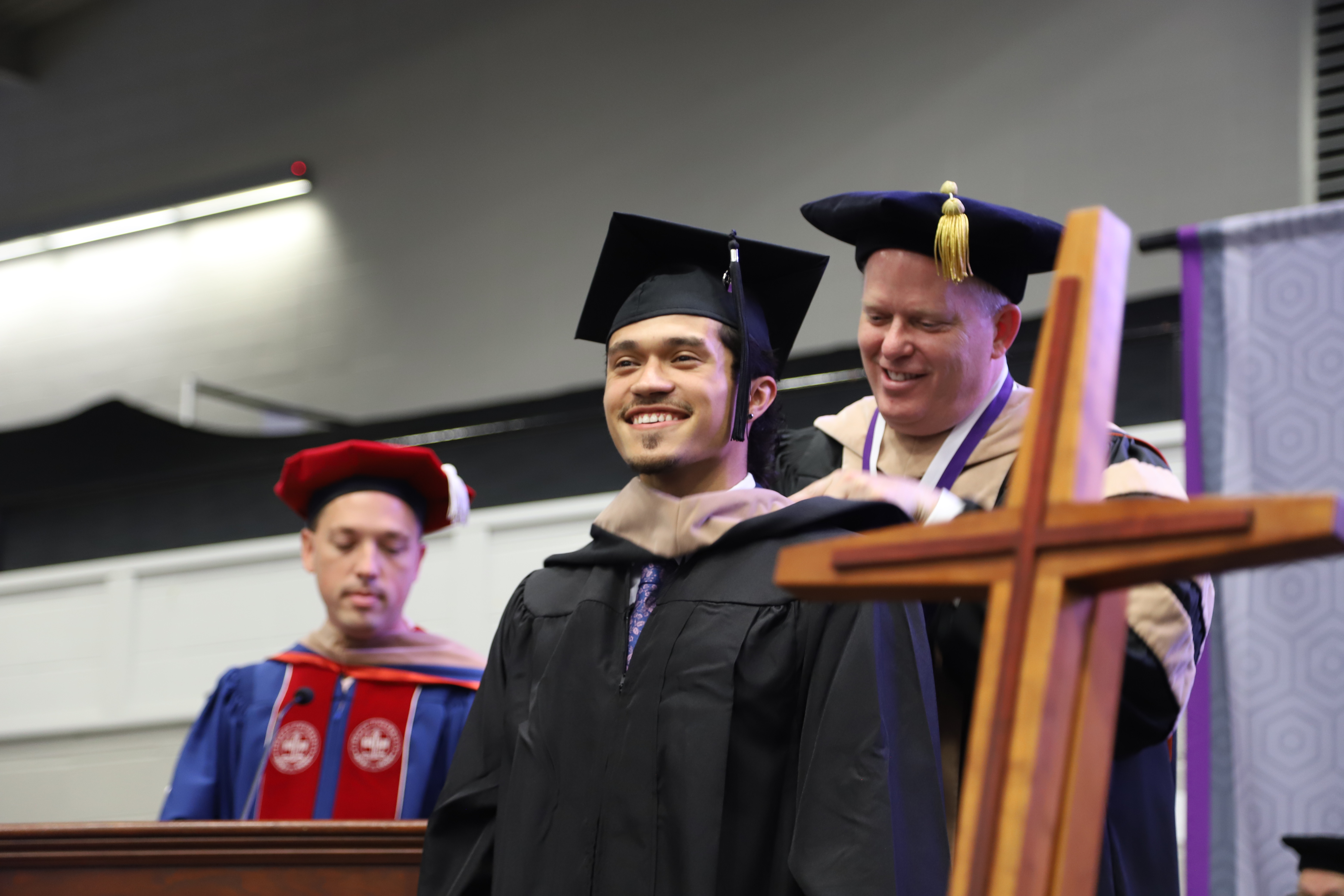 It was also at SBU where Hopkins met his wife, Julie ’91, of 28 years, and where he learned that sports could be a tool to share the Gospel, which led him to FCA after his football playing days were over.

Hopkins shared the story of two men, competing in the 2016 Olympics – Mo Farah, who had dominated the event and should have broken the world record in the finals, but something about that race struck Hopkins, as he watched with his daughters.

“Why would he ever let the pace of a race determine his future,” Hopkins wondered. “He’s trained hard, he’s prepared, he knows exactly what he’s going to face on that track, and he let somebody else dictate his life? His pace?”

As they watched the 400 meters, Hopkins was intrigued by the runner in lane 8 – a spot usually reserved for the slowest time and where the other seven runners are behind him.

“They come off the curve and the announcer goes nuts,” Hopkins recalled. “Wayde van Niekerk still has a 5-meter lead and they’re not catching him, and he takes off. He not only won the gold medal for the first time in the history of the Olympics from lane 8 – he set the world record.

A livestream of the commencement ceremonies is available at SBUniv.info/commencement.

Photos from the bachelor's and associate's degree ceremonies

Photos from the graduate degrees ceremony

Photo 4 –SBU Class of 2022 bachelor degree graduates exit the John Q. Hammons Court at the conclusion of the undergraduate ceremony on Friday, May 20.

Photo 5 –SBU Class of 2022 associate degree graduates celebrate after receiving their diplomas during their ceremony on Friday, May 20.

Photo 6 – Luis Romero receives his master’s hood during the SBU Class of 2022 graduate degree ceremony on Saturday, May 21.