“The Stanley H. Dill Distinguished Scholar Award and the Chaney Scholar Awards are unique in that they do not go through the traditional scholarship process but are announced each year at the Academic Awards Banquet,” said Dr. Brad Johnson, vice president for institutional advancement at SBU. “The scholarship awards are determined through faculty nominations provided to the Deans Council, which narrows the nominations to a group of finalists. These finalists are then presented to the president for final selection. 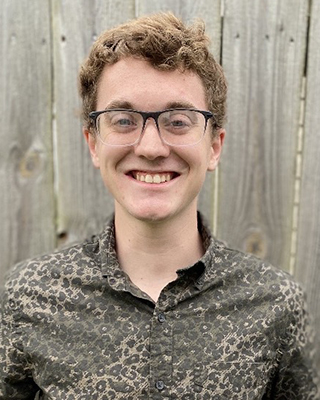 “Charles Chaney and Stanley Dill deeply loved Southwest Baptist University and their legacy of love for SBU is passed on through the scholarships that bear their names. During their time at SBU, the Dill and Chaney families were neighbors and became very good friends.”

Spencer VanSickle, a senior Christian ministry major with an emphasis in pastoral ministry from Neosho, Mo., is the recipient of the Stanley H. Dill Distinguished Scholar Award. The award is presented to the student who has demonstrated exemplary academic performance, campus leadership, Christian character and involvement in church ministry.

VanSickle is described by his instructors as a teachable, insightful and diligent student, who is consistently one of the top students in class. He has represented SBU as a member of the university’s forensics program, and has been an active participant as a student preacher on Ministerial Education Days. His involvement in ministry includes serving as a pastoral intern, helping lead a youth group and teaching a Sunday school class for fifth- and sixth-grade boys. His goal after graduation is to serve as a pastor.

The Chaney Scholar Award is presented to one male and one female student who prove themselves to be exemplary in their academic endeavors and character, potential for professional development, and leadership in campus, church, and community activities.

Lauren Wineinger, a senior cybersecurity major from Topeka, Kan., is the female recipient of the Chaney Scholar Award. She is a member of both the Alpha Chi Honor Society and Phi Eta Sigma Honor Society, and has completed successful internships with the Kansas Information Security Office and the United States Government. Wineinger also contributes to SBU as a student lab instructor for the Computer and Information Science Department, is a member of the Concert Choir, performs in theater productions and serves as an SBU Ambassador and Campus Host. She also demonstrates leadership and Christ-like service as a volunteer for community-outreach events, helping lead worship at church and youth camps and being involved in the SBU Exodus Mission Team.

Joel Ridenour, a junior psychology and Christian studies major from Monett, Mo., is the male recipient of the Chaney Scholar Award. Ridenour is a member of Psi Chi, a psychology honors organization, and has served on the Integration of Faith and Culture Committee and the University Activities Council, as well as a Resident Assistant and on mission trips to Baha, Mexico. For several semesters, he was the band leader and guitarist for chapel services. When not serving on campus, Ridenour helps lead worship at New Site Church as assistant worship pastor.

About the scholarship founders

Charles Chaney was a preacher, pastor, scholar and teacher, a church planter, mission coordinator and denominational leader for Southern Baptist churches and organizations at the state and national levels.

After graduating from Howard Payne College, Chaney received a Th.M. from Southern Baptist Theological Seminary and later an M.A. and doctorate in Mission History and Theology from the University of Chicago.

Chaney pastored new churches in Morganfield and Oak Grove, Ky., and Palatine, Ill. In 1972, he began his executive work in home missions as an administrator and strategist in planting churches and growing new congregations. He served as Director of Church Extension for the Illinois Baptist State Association until 1981. He was a dean and then president of Southwest Baptist University from 1981-1988. He was Vice President of Extension for the Home Mission Board, SBC, in Atlanta from 1988-1997.

Chaney and his wife, Fannie, returned home to Texas in 1997 where he was appointed Minister in Residence at Southwestern Baptist Theological Seminary in Fort Worth. Chaney authored five books, innumerable articles, spoke and preached all around the nation and in many places around the world.

Both Dr. Chaney and Fannie passed away in 2016, leaving a rich legacy of service and leadership for others to emulate.