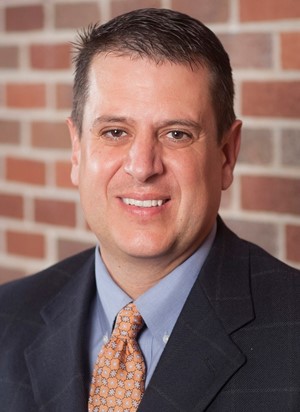 Sheehy, the current men’s head basketball coach at SBU, will oversee the University’s 17 varsity sports, which include more than 400 student-athletes. The Bearcats compete on the NCAA Division-II level and in the Great Lakes Valley Conference (GLVC).

“It is with great joy that I appoint Clark Sheehy to serve as the Director of Athletics for the SBU Athletics program,” said SBU President Rick Melson, Ph.D. “Clark will continue to serve as the men’s basketball coach and will lead our athletics at SBU in the same way he leads and coaches our men’s basketball team – with servant leadership, character and teamwork. Clark brings a wealth of experience to the role and will advance SBU Athletics into the future. Let’s Go, Bearcats!”

Sheehy will remain the SBU men’s head basketball coach, while Aaron Niven will be promoted to associate head coach.

“I am grateful for the opportunity to continue coaching because I am passionate about that, also,” Sheehy said. “I am excited about the opportunity to serve and help lead our athletic department. SBU has meant so much to our family – my parents met here as students. Since we moved here eight years ago, we have absolutely fallen in love with the school and our Bolivar community.

“We are excited about the new challenges ahead of us and the chance to continue to make SBU Athletics an excellent part of our university.

Sheehy’s Bearcats have won the GLVC West Division the past two seasons, including an undefeated divisional run in 2020-21 and advanced to the postseason tournament in each of their three seasons as members of the GLVC. In 2019, SBU picked up a conference tournament victory for the first time since 2009. During SBU’s five seasons in the Mid-America Intercollegiate Athletics Association (MIAA) with Sheehy at the helm, the Bearcats appeared in the league tournament four times.

For 2021-22, SBU was named the recipient of the James R. Spalding Overall Sportsmanship Award. It is the second consecutive year that SBU has won this prestigious award and the second honor in three years since joining the conference.

“We want SBU to continue to build on a rich tradition in athletics and to continue to improve,” Sheehy said. “Our goal is for the student-athletes to have a great experience and to grow holistically while they are here. We want success for our programs in the classroom, in social development, in spiritual growth and in competition. So, we will work hard to pour into the coaches and empower their leadership in their programs.

“I am thankful to Dr. Melson for this opportunity. I’m also grateful for Mike Pitts (current SBU AD) and the work he has done here the last 15 years, and for hiring me eight years ago. It is a great time to be a Bearcat!”

Sheehy and his wife, Elisa, live in Bolivar with their two sons, Cameron and CJ.