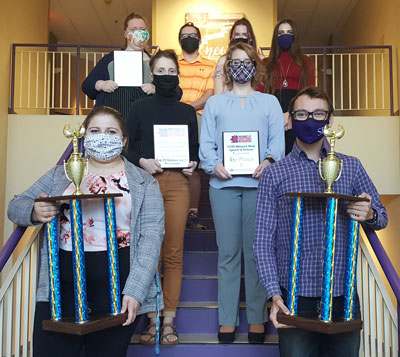 The Speaking Bearcats were short-handed due to other school obligations, but still came away with a first-place finish in Individual Events Sweepstakes against the other 16 schools which participated in the competition. Despite not competing on day three of the tournament, the squad finished second in Overall Sweepstakes for the three-day event.

On day two, the Speaking Bearcats earned several accolades, including: