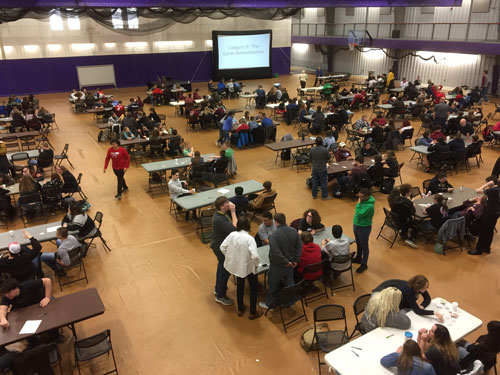 Students answered 10 questions each from 10 categories including Medieval Europe, the Carter Administration and African History.

First-, second- and third-place teams in each division received a trophy, while first-place teams also received a $50 check from sponsor Colonial Dames of the Seventeenth Century, Captain Robert Napier Chapter in Springfield. The Matilda Polk Campbell Chapter of the Daughters of the American Revolution also is a History Bowl sponsor, and both organizations provide judges, scorekeepers, and other helpers for the event.

For more information about the SBU History Bowl, contact Dr. James Smith, professor of history at SBU, at jsmith@SBUniv.edu.