BOLIVAR, Mo. — Southwest Baptist University hosted its five newest trustees on campus Friday, Jan. 10, for new trustee training prior to the next scheduled board meeting in April.

“Serving on the Board of Trustees is an honor and great responsibility as we serve both SBU and Missouri Baptists,” said Ryan Palmer, chair of the SBU Board of Trustees. “We are excited to continue working together as a board to guide the great Kingdom work happening at SBU.” 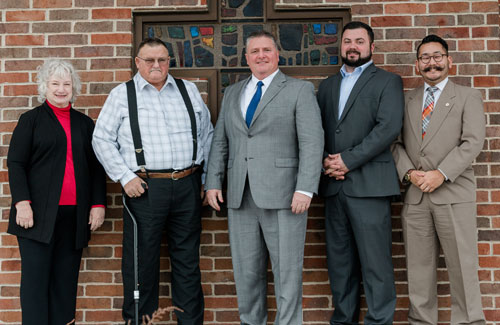 SBU’s board of trustees has 25 members, with five trustees elected each year to five-year terms. Each trustee can serve a maximum of two consecutive terms.