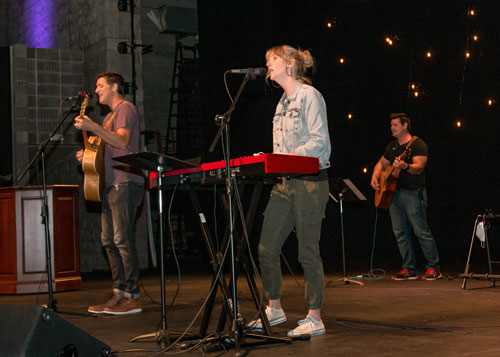 SBU had to shift to a virtual Homecoming because of the COVID-19 pandemic, and Holly Bridge, director of alumni engagement, said the preparation presented plenty of challenges, but yielded successes as well.

“’Virtual’ and ‘pivot’ seem to be two frequently used words for 2020, and since it's still 2020, we pivoted to a virtual Homecoming,” Bridge said. “Initially, when we started thinking about a virtual format, we had a hard time thinking outside of that traditional box and figuring out a way to make a virtual Homecoming still incorporate fellowship time mixed with family friendly options.

“One of the most successful events we offered was a virtual 50-Year Club Reunion. We had members from California to Mississippi to Pennsylvania join us for that reunion. Virtual made proximity to campus a non-issue and we had such a good time listening to stories of SWBC.”

The weekend opened with the annual Homecoming Chapel service, which this year featured an in-person and virtual audience. Praise and worship was led by Jeremy Scowden ’99 and his wife, Kim; Richie Schuler ’11; and Joey Viggers. Ashton Hensley, a senior biology major, presented two spoken word pieces and the Homecoming King and Queen – Cooper Locke and Hailey Campbell – were crowned and the Court recognized. 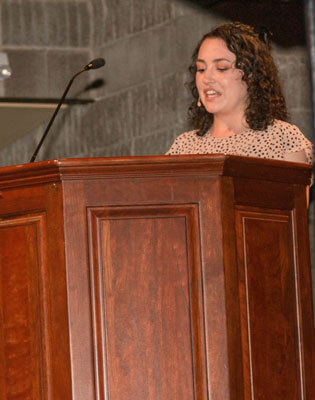 Dr. Brad Johnson, vice president for university advancement and Chapel speaker, posed the question, “Who will you be when the pandemic ends?”

“Challenging times provide an opportunity for God to work in and through us,” Johnson said. “No doubt, this season of life is hard for all of us. It’s unclear. It’s uncertain, and no one knows when or how it will end.

“Whether you are a student, a faculty or staff member, or an alumnus of SBU or Southwest Baptist College, don’t speed through this time of challenge and constraint without allowing it to make you better than you were before.”

Johnson said the words of Paul in Romans 5:3-5 reminded him that there is something to be learned in the suffering – things like perseverance, thinking outside of the box and finding creative solutions, such as streaming the Homecoming Chapel service around the world.

“This is a unique time in our world, and none of us should simply ‘ride out’ or squander this time,” Johnson said. “Bearcats, the world needs you now more than ever.”

A traditional part of Homecoming is the recognition of the Life Service Award and Lightfoot Award recipients. Because of the pandemic, however, the 2020 honorees will be recognized in 2021.

Inspired by the Life Beautiful Award presented each year to one male and one female graduate, President John Dowdy suggested to the Southwest Baptist College Board of Trustees in 1955 that the Life Service Award be given annually to graduates whose lives have exemplified the principles which are upheld at Southwest. The award is the highest recognition that the University can bestow upon an alumnus or alumna. The 2020 honorees include: Jane Hood ’72, Bill Hooper ’51 and Teresa Young ’81.

The National Alumni Association Board presents the Edwin Lightfoot Distinguished Alumni Award annually to an alumnus or alumna who demonstrates the ideals personified by the late Edwin Lightfoot ’40. The award criteria include alumni leadership in the University, dedication to the education and welfare of youth and demonstrated support for SBU. The 2020 recipient is Bob Glidwell ’86. 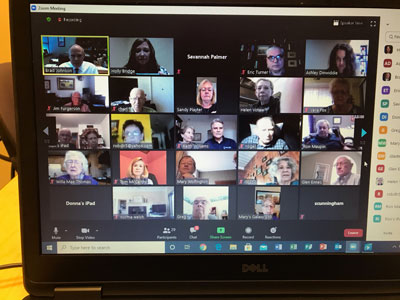 Alumni and other friends of the University were also able to participate virtually in other ways, including a Day of Prayer, a virtual campus tour, and the 50-Year Club Reunion, which all took place on Friday, Oct. 2.

Saturday’s events included a shoebox parade, featuring a video of shoeboxes decorated as parade floats submitted by alumni, friends and family; a replay of the 2019 Homecoming football game against William Jewell College; and virtual class reunions for members of the classes of 1960, 1970, 1980, 1990, 2000 and 2010.

Current SBU students had the opportunity to participate in socially distanced, on-campus Homecoming activities throughout the week, including: Dorm Spirit Night; Dinner on the Forum; Ice cream on the Forum; Chick-fil-A Night in the Union/on the Forum; Trivia Night; and the annual fan-favorite Bed Races.

Bridge said that when the decision was made to host a completely virtual Homecoming, and when the parade and Bearcat Bash would not be possible, she suggested hosting the shoebox parade.

“Honestly, I thought it was a cheesy idea,” Bridge said. “But then, person after person on our Advancement team said how cool they thought it would be, so we decided to try it. The creativity of our alumni and friends of SBU is amazing. My vision is to expand the in-person parade by incorporating commentators into that event in the future and have those commentators recognize shoebox floats from alumni across the nation. I can see this being a fun SBU tradition.”

PHOTO 1: Jeremy '99 and Kim Scowden, along with Richie Schuler ’11 and Joey Viggers, lead praise and worship during Homecoming Chapel.

PHOTO 3: Members of SBU's 50-Year Club connect with each other through a Zoom meeting during Homecoming Weekend.