BOLIVAR, Mo. — For the fourth time in five years, the Southwest Baptist University Speaking Bearcats are state champions after capturing the Overall Sweepstakes in the open division of the Missouri Association of Forensics Activities Championship held Feb. 17-18 at the University of Central Missouri in Warrensburg. 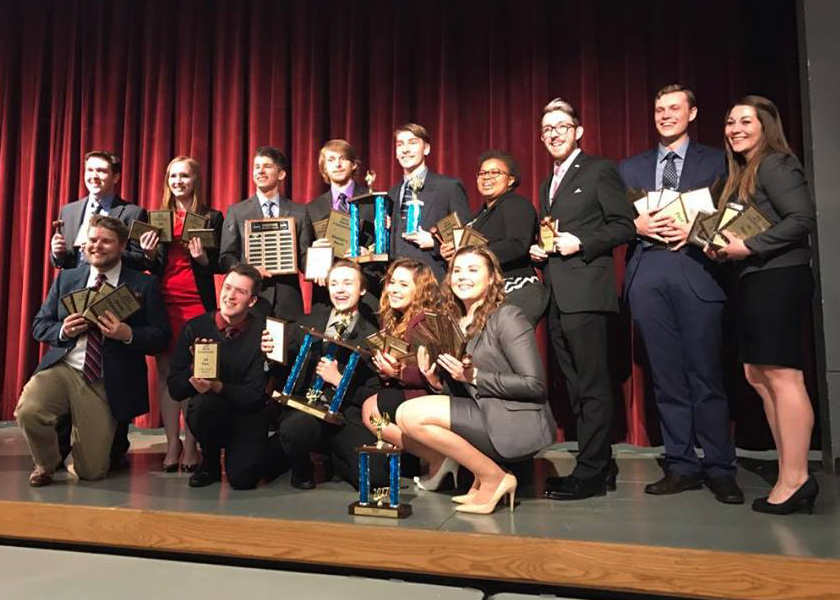 “It was incredibly rewarding on Saturday night to hear the announcement at the awards ceremony, ‘And so the trophy heads back home to Southwest Baptist University…,’ ” said SBU’s current Director of Forensics Dr. David Bailey.

The tournament, which is also open to other schools from across the nation that might wish to come and compete, consisted of representatives from 12 universities across the region.

Rutledge’s achievements contributed to an impressive overall score and the designation as the first-place finisher and state champion in the “overall forensicator” competition, meaning that he scored more combined points than any other competitor at the tournament.

“It was a wonderful accomplishment, and I am very proud of this group of Speaking Bearcats for all the hard work it took to earn this championship.”

The Speaking Bearcats have only one team competition remaining this season. They will compete for the Pi Kappa Delta National Championship in Boise, Idaho on March 21-25.