Southwest Baptist University is one of about 15 colleges and universities in the nation to offer eSports as a varsity athletics program, with scholarships available for the 2016 fall semester. 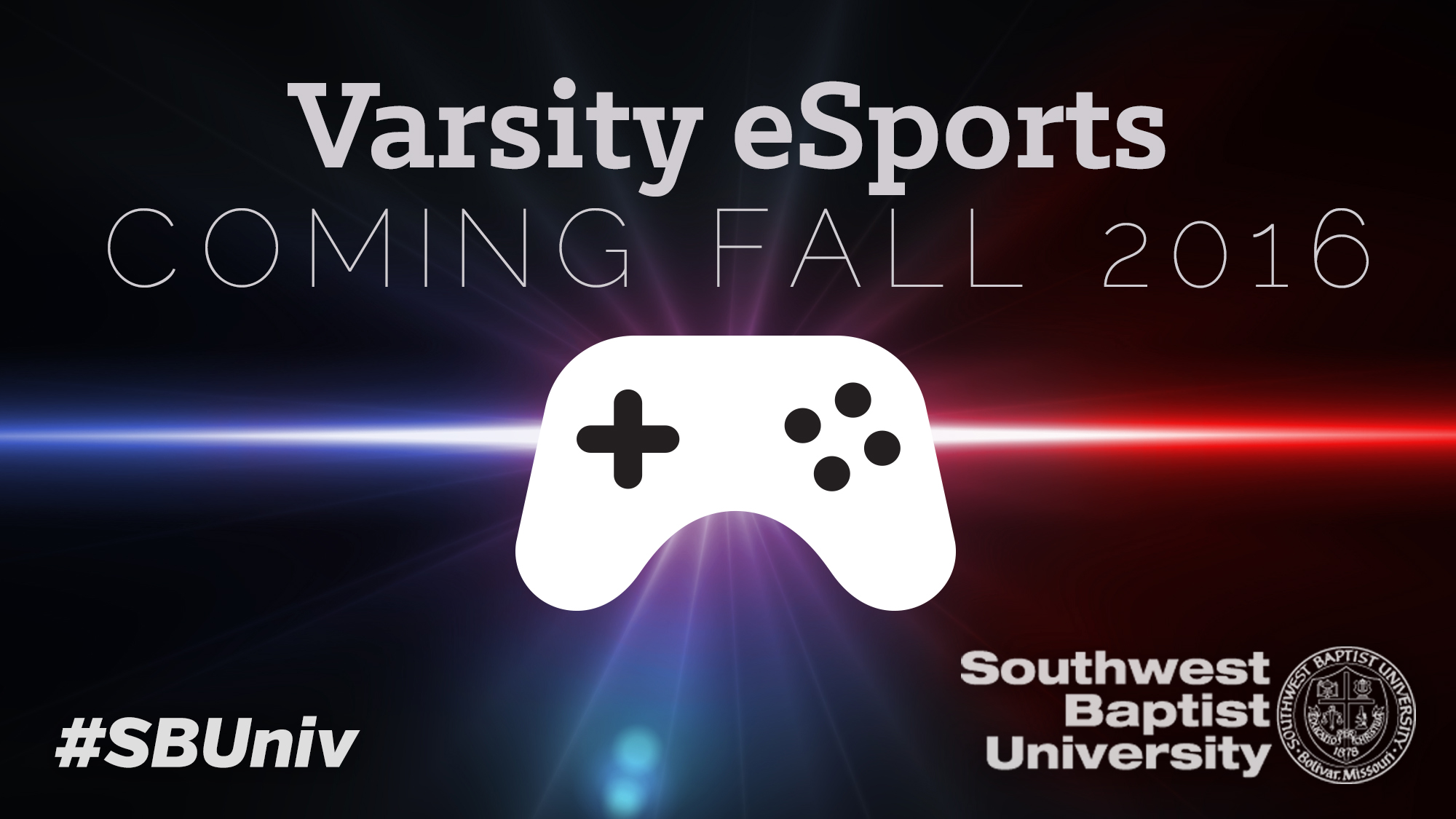 ESports, or “electronic sports,” is an emerging, competitive gaming scene in which teams compete in popular video game titles. SBU’s first varsity team will compete in League of Legends, a five-player team game in which the team works together to destroy an enemy team’s base.

“SBU has taken several steps over the last year in our intramural eSports program, which has led to this dream coming to fruition,” said Chris Allison, director of SBU’s Meyer Wellness and Sports Center. “Our Spring 2016 intramural success in our XBox One arena has led to our expansion into the varsity eSports world.”

Allison and his staff developed an XBox One arena, called “The Office,” as a part of SBU’s innovative eSports intramural program. This space allowed students to interact in community while playing video games on eight networked XBox One stations. The pilot program had about 245 unique participants, of which 117 were students who had yet to participate in any intramural offerings during the 2015-2016 school year.

The pilot program was so successful in engaging a student population that SBU’s Executive Cabinet approved the creation of a varsity eSports team.

“Gamers have existed for decades on college campuses, competing online and against each other in the solitude of their dorm rooms,” said Allison, who will serve as SBU’s eSports head coach. “This new program will not only give us the opportunity to highlight the skills of our players, compete intercollegiately and create on-campus community, but it presents us with the opportunity to offer scholarships to high-level players and provide them with an equally high-level education.”

SBU also will compete this year in the Collegiate Starleague, which is comprised of about 600 U.S. schools and has been facilitating collegiate eSports competition since 2009.

“I am extremely excited for the opportunity to participate in the beginning stages of eSports competition and represent my faith,” said SBU’s League of Legends team captain Shane “BaconOP” Roberts, a senior computer information science major from Kansas City. “I can’t wait to see how we can grow as a team and impact the growth of eSports on a collegiate level.”

SBU will host open tryouts during the second week of the fall semester, which begins Aug. 22. Tryouts are open to both male and female students.

For information on the eSports program, contact Chris Allison at (417) 328-1744 or callison@sbuniv.edu or visit the eSports team page at sbubearcats.com.