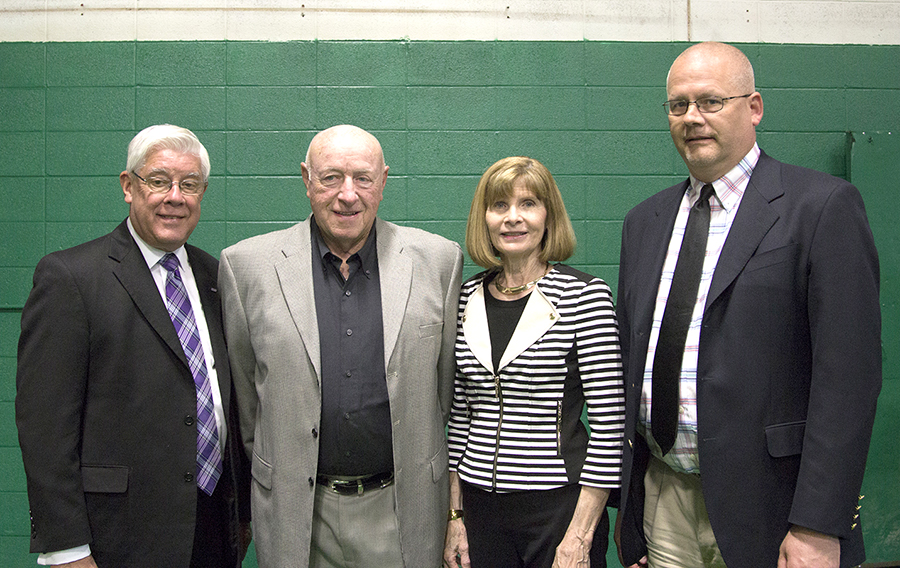 “David and Betty are truly two of the best friends our university has ever had,” said Dr. C. Pat Taylor, SBU president. “Due to their generosity, we were able to purchase the building and do some renovations. What a blessing it has already been for us and will continue to be.”

Since the building was initially acquired in May 2015, SBU’s physical plant crews have started using about one-third of the building for storage and have completed renovations to make the facility useful for student-athletes in multiple sports. The building has already been put to use with a majority of the University’s 18 athletics teams expected to utilize the facility.

“It really means a lot from our perspective to know there are people out there being generous to provide facilities for our athletic program,” said Andy Campbell, a freshman basketball player from Russellville, Ark. “It’s not just for one sport but for all of athletics in general.”

Head softball coach Jim Flora said his team has demonstrated the difference the facility can make. Starting the season picked to finish 11th out of 14 teams in the MIAA conference, the team finished eighth in the regular season and fourth in the conference tournament.

“This was the best season in the history of SBU softball in the MIAA conference, and there is no doubt in my mind that this facility played a huge role in that,” Coach Flora said. “It’s hard to realize, with something like this, what a difference it can make. One thing we were vitally lacking was a consistent place to practice indoors when we start practice, which this year was Jan. 12 for softball. We can use the IM (intramural) gym, and the IM gym is great, but there’s just a lot of people in there and it’s hard to get time in there.”

Softball player Kacey Ayers, a junior from Lamar, Mo., reinforced the impact the new facility already has had on the team.

“Practicing at the IM gym was really hard to work around,” Ayers said. “Now we feel like we have a place and now we belong. We’re a part of the conference, and we can stand with anybody because we can practice and we can work hard here. To the Cribbs family, thank you for investing in us and believing in us.”

Megan Link, head women’s soccer coach, played soccer while a student at SBU, so she knows firsthand the difference the facility will make for SBU’s student-athletes.

Flora said the facility also is helpful in recruiting talented athletes to SBU.

“This puts us on a more equal playing field with the other teams in the MIAA,” he said. “Before, our recruits had a hard time envisioning what it would look like practicing in the IM gym. Now, when I bring them over here, this is more in line with what other schools are doing. They can envision themselves being in here and being a Bearcat.”

David Cribbs said his family has always been involved in athletics and is thankful to be able to support SBU and its student-athletes through this facility.

“We wish all of you a great year and success in life,” he said, speaking to the many student-athletes in attendance. “Stay true to the Lord, and He will guide you in every step of the way.”