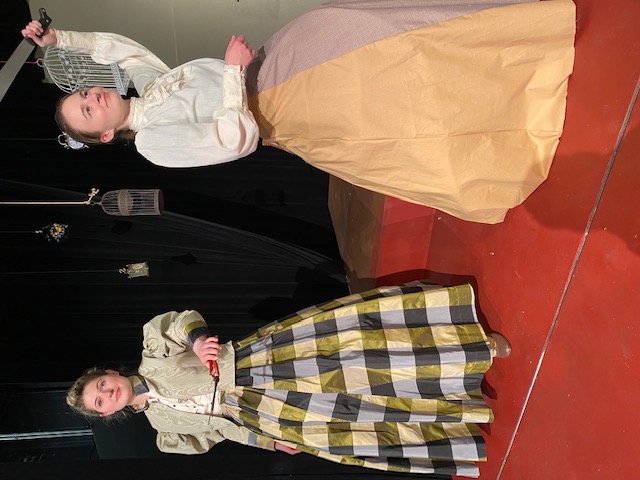 BOLIVAR, Mo. – Southwest Baptist University Theatre presents its fourth and final show of the 2021-2022 season with the production of Eric Overmyer’s “On the Verge” at 7 p.m., April 28-30 in the Davis-Newport Theatre on the Bolivar campus.

This absurdist production invites viewers into a world of irony and imagination as three Victorian women time travel through the years 1888-1955.

“This show has taught me many different acting styles and has made me so much closer to my castmates,” said Ava Andersen, a sophomore theatre major who plays Alex. “My character was fun for me to tackle because she is incredibly smart and so naive.”

The cast of “On the Verge” is excited to take their audience along on their journey as the characters “find themselves and gain confidence,” freshman social work major Rebekah Laws said.

Tickets for the production can be purchased in person at the Box Office, (located in the Jester Learning and Performance Center), online at SBUniv.edu/theatre or by calling (417) 328-1691. Tickets are $10 for adults, $6 for students, senior citizens and SBU alumni, and $4 for current SBU students.

For more information about SBU Theatre and upcoming productions, visit SBUniv.edu/theatre or call (417) 328-1691.

Photo: Ava Andersen (left) and Miriam Mattsfield rehearse a scene from SBU Theatre's production of "On the Verge."