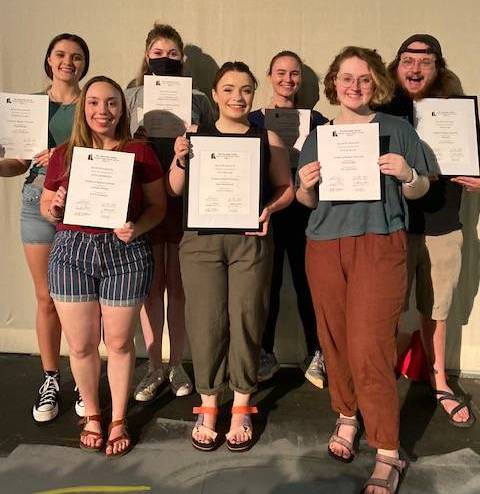 BOLIVAR, Mo. – Southwest Baptist University Theatre students recently were honored this semester at the 54th annual Kennedy Center American College Theatre Festival, which celebrates work by colleges and universities in the seven-state region during 2021, in a virtual online festival.

The festival honored SBU Theatre with eight meritorious achievement awards by an outside respondent (theatre faculty) from other participating institutions. SBU competed in Region 5 with schools from Kansas, Iowa, Nebraska, Minnesota, North Dakota and South Dakota.

SBU participates in the festival every year by entering their productions for review by a respondent from another institution in the region and by attending the annual festival. Next year the festival will be in Des Moines, Iowa.