“I am very proud of the seniors and their capstone projects,” said Dr. Tim DeClue, chair of the CIS Department at SBU. “God blessed us with some great projects, and our students completed their projects with quality. This is what software engineering is all about – helping others through the application of computer science to real-world problems.”

Senior projects are an annual event for students majoring in computer science, computer information science, cybersecurity or web systems and design. Over the course of their senior year, students in the CIS department work in cross-discipline teams to develop commercial-quality applications for end-users working in faith-based companies, not-for-profit charities and leading American companies and organizations. 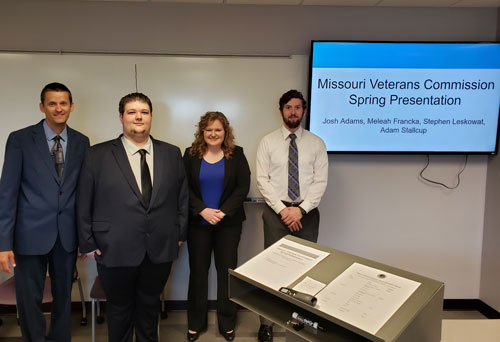 Missouri Veterans Statewide Database Link Project: This project aimed to link up five veteran cemeteries into one, so families can find where their soldier is buried in Missouri. It centralizes and automates some current manual processes, increases the accuracy of record-keeping and streamlines the burial information for Missouri veterans.

The Missouri Veterans Commission, which aids all veterans, dependents and legal representatives, currently has five separate Microsoft Access databases that are used to maintain the program, and each cemetery currently has its own database. With five separate databases, there is no way to link information from database to database. The commission would like to combine the five into one large SQL database with a web-based interface. 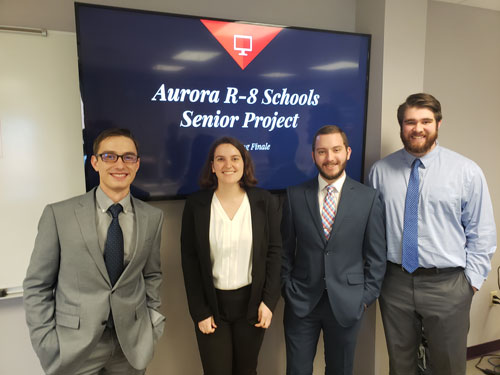 Currently, each Aurora student within the school district has a school-assigned device, and it’s difficult for administrators to keep track of which students have what devices. Along with keeping track of devices, administrators also struggle to know when students are in need of having a specific device assigned to them.

The team developed a web-based system that will consist of a website where an administrator can log in and upload data exported from a variety of systems and then view the results, allowing the user to establish which students need, or no longer need, a device. 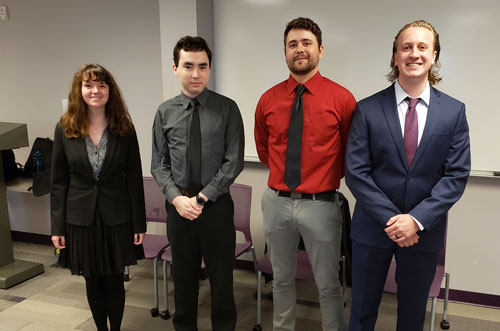 The team chose to approach the development using modified agile, which allowed them to work and flow freely. Their project utilized an IoT device to prove it could be used to detect a house fire, alert a third party, and start the claims process at their insurance company. To accomplish the task, the team collected data from smart devices to notify an insurance company when a client has had an emergency signal. 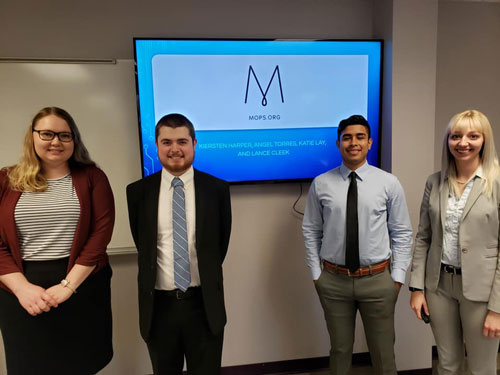 Mothers of Pre-School Children (MOPS) Mobile Membership App: Currently, the MOPS website is not designed to be used on mobile devices by its members.

The team built an application that contains the information included on the members’ website, formatted to be usable on mobile devices, creating the first mobile app for MOPS members.

Little Liberators, which hosts 26-30 students per year, is in need of a system to enhance its current business processes. The current methods used equate to tracking sign-in and sign-out times of individuals on printed sheets. 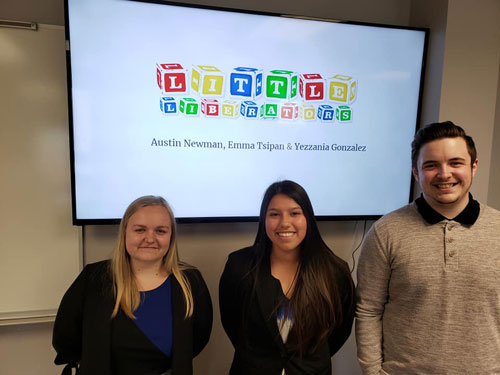 The new system will increase safety processes for the students and their parents, and automatically generate required reports for the district.

The team utilized two chatbot systems and extensive UI/UX testing to support its recommendation to the bank. The team’s solution overview included: AI Chatbot System; provide information on finance; and provide information on implementing AI within the Federal Reserve System. The requirements for the project: user can ask questions; Bot can respond to questions; Bot can count questions and record information; developed in a private repository; owners have full access to stored information; and user interface is conversational. 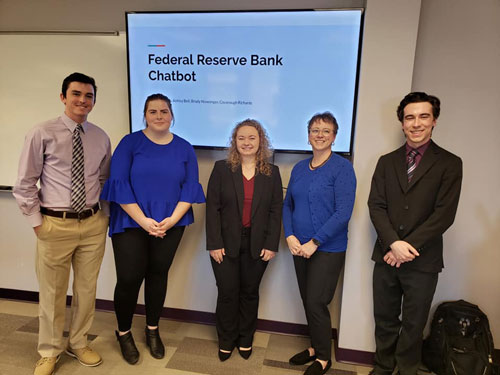 SBU’s Department of Computer and Information Sciences houses six full-time faculty members, two faculty associates and approximately 135 students majoring in computer science, information science, cybersecurity, or web systems and design. Among evangelically Christian institutions, SBU is one of the leading producers of software engineers in the United States and is the second largest university computing department in the Missouri Ozarks.

For more information about the department, contact DeClue at (417) 328-1704 or tdeclue@SBUniv.edu.