By Spencer Greathouse '16, '21 and the Great Lakes Valley Conference

Southwest Baptist University was named the 2020-21 recipient of the Great Lakes Valley Conference’s James R. Spalding Overall Sportsmanship Award for the first time after just two years as a full-time member of the conference. 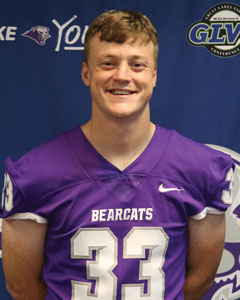 At the conclusion of each sport’s season, the head coaches across the conference rank the top three teams that displayed good sportsmanship throughout the season. The team with the highest ranking receives the sportsmanship award for that sport’s season, and the institution with the highest point total across all sports receives the James R. Spalding Overall Sportsmanship Award. SBU led the league with five team sportsmanship awards: women’s cross country, volleyball, men’s basketball, women’s basketball, and women’s track & field.

Behind SBU’s five-team sportsmanship selections was Quincy University with four, including both men’s and women’s lacrosse, softball, and men’s tennis. Missouri S&T had three teams picked at the top (women’s soccer, men’s swimming, men’s golf), while the only other multi-sport school winners were Truman State University (football and baseball) and McKendree (women’s bowling and men’s basketball). 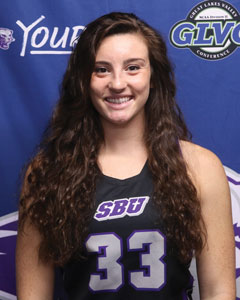 The GLVC renamed its annual sportsmanship award in 2016 after Spalding, who is referenced as one of the league’s two
Founding Fathers" and for his longtime service at Bellarmine from a student-athlete, to a coach to director of athletics. During his tenure as AD, Spalding expanded Bellarmine’s participation in intercollegiate sports from four to 16 teams and played a prominent role in both the formation of the GLVC and the sponsorship expansion of women’s athletics within the league. Long revered as one of the league’s pioneers, Spalding was inducted as a charter member of the GLVC Hall of Fame in 2001. He died in 2012 at the age of 79, following a lengthy illness.