A life of service, mission and inspiration

Janice Sartin ’64 always had a heart for foreign missions. 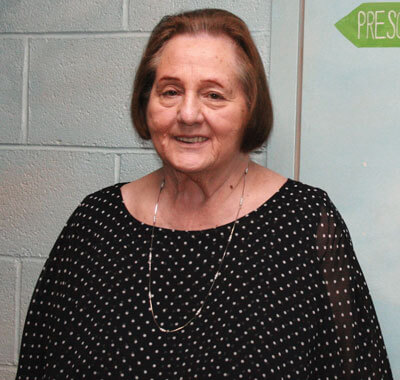 But, God had other plans for “Ms. Janice.”

“I thought that I was going to be a foreign missionary,” Janice said. “I wanted to go to Africa and wanted to work in a children’s home; that’s why I went to seminary. So, I worked for the home mission board while I was in seminary because you had to have two years’ experience.

“I finished, but you had to have two references and you had to pass the psychological exam, and I passed all of that. But then, you had to have a physical. When I got the physical, I had histoplasmosis in my eyes. They wouldn't approve me to go because of the humidity, which makes any eye problem worse.”

So, Janice worked as a missionary in the United States before eventually returning to her hometown of Springfield, Mo., to help care for her grandmother – and she never left.

“My mom heard about the kindergarten teaching job at Grant Avenue Baptist Daycare, so I applied and got the job,” Janice said. “That started the road to never leaving, but I tell people that God said to me, ‘My plan for you is to be a children’s minister.’ At that time, there was no such thing as a children’s minister. The thought of being a missionary to Africa – I was ready for that. You had to have the seminary experience. I would not have to have that here, but it’s invaluable.

“Looking back, I can see that God knew my personality and knew he had to take it easy with me and lead me step by step so that I would follow, and I’ve never been sorry.” 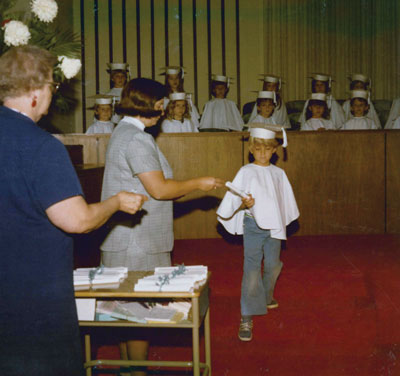 However, due to the decline in the number of students over the years, more childcare centers, free kindergarten and pre-K programs available through the public schools, the kindergarten program was dropped in 2010 and the daycare closed its doors in 2020, after 65 years of serving area families.

One of those families Ms. Janice and the daycare served was the Pence family.

“You can just mention the name ‘Grant Avenue Daycare’ and the response you will get is – ‘Ms. Janice,’” Sasha Pence said. “Her presence and leadership there are what set the tone as a welcoming, non-judgmental, safe place for everyone who walked in. I have never heard a harsh word about her, usually just stories of how amazing she is and how much she helped. If there was a picture of the ideal Christian woman in the dictionary, it would be of her.”

Pence’s two youngest children, Tavia and DeShon, attended Grant Avenue from the age of 2 until they started public school.

“They had both learned so much while attending there that they tested too high for ‘Wonder Years’ (a pre-K program for SPS),” Pence said. “Grant Avenue never had high-tech equipment or expensive toys; they had blocks, dolls, puzzles and used VHS tapes for the longest time. It wasn't what they had, it was who was there. I felt like I was leaving my kids with their grandma or family every day.”

Not only did Grant Avenue and “Ms. Janice” prepare students academically, but socially and spiritually, as well, which also extended to students’ families.

“This has been such a mission field to be able to share with children and families and parents,” Janice said. “I had one dad who accepted Christ in my office. I’ll never forget that. I’ve had several children, in teaching Sunday school and Bible school, who have accepted Christ, but for a grown man, a daddy…

“I told him, ‘Well, what I can tell you is that first of all, you have to know why you’re having morning worship and who it is that you’re worshipping – and that’s Jesus. If you don’t know Jesus as your personal Savior, you can’t lead morning worship.’ He said, ‘I don’t even know what you’re talking about.’”

Janice invited him to her office to share Jesus with the dad, her personal testimony and how to become a Christian. “Eric’s dad” accepted Christ that morning.

“That was an experience,” Janice said. “Nobody could have set that up perfectly like that. But there are several families who go to church here now because of the daycare center. So, I’ve had a chance to share Christ with a lot of people – children and parents.”

Sacrificing to help others 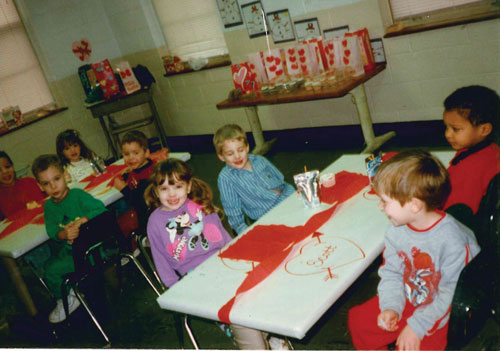 “You don’t ask foster parents or adoptive parents to pay that extra,” Janice said. “We were losing money on those kids, which we were glad to do because those kids needed security. I began to see budget-wise, that we were really at a crunch, so I quit taking pay three years ago.

“Some said, ‘You were determined that it was going to work.’ I said, ‘No, it really is because I saw it was necessary.’ My having a salary should never have prevented these kids from having a Christian daycare, where they could know that they were loved and that God loved them. When I quit taking a salary, that allowed there to be enough money to pay teachers.”

The single-parent households also were thankful and grateful for Janice’s sacrifice and support.

“If it wasn't for Ms. Janice, my family wouldn't be where we are and I may not be who I am,” Pence said. “I remember one conversation with her about my Daycare Assistance not in effect and my balance was adding up. I asked her what happens if the daycare didn't get the money, and she said, ‘Well, I don’t get paid.’ Still, she was there every day. Most places would have told me to take my kids to another center, but that was not something I had to worry about with her. She never added to the other worries I had as a single mom.”

To celebrate and show their support for all that Ms. Janice meant to them, about 200 people attended a come-and-go reception in her honor in September – and that number was just the tip of the iceberg of the lives Ms. Janice has impacted. Some former students who attended the reception are now teachers, principals, preachers or teach Sunday school.

Over the 50 years that Janice was involved with Grant Avenue Baptist Daycare, she estimates there were approximately 200 teachers and 1,000-1,500 children who were part of the program.

“My daughter was at Grant Avenue Daycare from early 1989 through the summer of 1992, then she stayed to go to school in the kindergarten class of 1993,” Connie Henson said. “In 1989, I found myself a single mom and needed reliable childcare.

“In my daughter’s first spring program, her 2-year-old class recited the 23rd Psalm. It was awesome. Janice’s leadership and teaching were always about the kids and God’s love for them. She was caring and compassionate with the parents, but the focus was the children.”

An inspiration to others

While her service with the daycare may have come to a close, Janice continues to serve Grant Avenue Baptist Church as a Sunday school teacher, Vacation Bible School leader and education director. 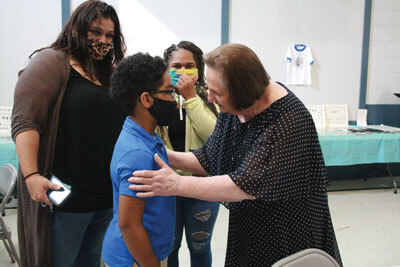 Ms. Janice continues to be an inspiration to others, having battled cancer three times over the last 14 years.

“My favorite Bible verse is, ‘This is the day the Lord has made. I will rejoice and be glad in it (Psalm 118:24),’” Janice said. “You do have a choice every day. You can either sit down and whine and moan and groan and complain, or you can get up and find something to be happy about. I choose to be happy.

“Life isn't always a bowl of cherries, but you make a choice. That’s what I always tried to tell Sasha because Sasha had a really hard life. ‘You know, you’ve got a choice. You can let this get you and go down the wrong path, or you make a choice. Stand your ground. Do what you know is right and you’ll get through it.’”

And, that is what Sasha Pence has done.

“While in nursing school, our family went through some traumatic times, and she supported me the whole time and not just caring for my son,” Pence said. “She looked out for me. She was there to listen about my days, she was there for me when I cried and she prayed for me. I could not have made it through that time of my life or finish nursing school without Ms. Janice.

“I have since been working in management and as the Director of Nursing and I love what I do – not just getting to care for the residents, but for getting to work with my staff. My ‘why’ for what I do is to be the ‘Ms. Janice’ for someone else. I want to be, for my staff, who I needed when I was struggling or having a bad day. I could only hope that someone someday would think of me the way I and so many others think of her.”

PHOTO 4: "Ms. Janice" greets former daycare student, DeShon Pence, his mother, Sasha, and sister, Tavia, at a reception for her 50 years of service.